How Can We Keep America Safe? Learn How to Sew!

We learn early in life that appearances matter. You learned to brush your teeth, comb your hair and wash and iron your clothes to make the best impression on others. Ideally, whether you are a boy or a girl, you also learned to sew. Knowing how to thread a needle is not only a handy skill to have – whether you need to reattach a button or repair a hole in your favorite pants – sewing is an important part of maintaining your best appearance.

Target practice: How am I supposed to push this thread through that tiny hole…?

Sewing is also an important competency to have in the military, especially when you need to add special insignia to your uniform following strict regulation guidelines. Appearances really do matter in the Army, Air Force, Navy and Coast Guard. A lot. After all, you’re representing America.

You don’t have to tough it out, Soldier! Stand down….and ask for help….

If you’re unsure how to sew on a military patch, your safest bet would be to take your uniform and patch to a local seamstress or military clothing alterations expert who is well versed in special techniques needed for Army, Air Force, Navy and Coast Guard clothing including the sewing on of a variety of military patches.

….or put your field skills to the test!

Otherwise, if you want to try sewing on the patch yourself, below are easy steps to guide your through the process.

Every branch of the military, including the Navy, Air Force, Coast Guard and Army, has its own special insignia. Insignia denote a soldier’s rank and file and tell the story of his or her various responsibilities and acts of courage defending our country. The proper placement of every patch, then, represents a critical “chapter” in the story of every man and woman in the military.

A very special military patch with an unusual application.

Perhaps the most important patch of all comes with the most unusual sewing instructions. On Army uniforms, the American Flag must be sewn on backward. Lyndy McLaughlin, Assistant Director of Communications for Digital Media and Marketing at the Institute for Veterans and Military Families at Syracuse University in New York, best explains the significance of this unusual patch placement in a 2013 blog entry she aptly entitled “Ummm….You’re Wearing Your Flag Backward: A national call to action to maintain America’s Brand.”

McLaughlin notes that Army Regulation 670-1 states: “The American flag patch is to be worn, right or left shoulder, so that “the star field faces forward, or to the flag’s own right. When worn in this manner, the flag is facing to the observer’s right, and gives the effect of the flag flying in the breeze as the wearer moves forward.”

McLaughlin points out that such a particular placement of a flag on a U.S. military uniform was a carefully considered move. She observes that America is a brand and the “backwards” flag is a symbol of that brand “woven into the sleeves of our nation’s soldiers..[so that] when our military men and women are charging forward, our flag will always appear to be charging forward with them….in a fury of forward action in the pursuit of what our country stands for.”

Appearances count now more than ever!

Indeed, appearances do count a lot. And they’re not just for winning over your date. Attention to detail, including the correct attachment of the American Flag patch on our soldiers’ uniforms, might just help to give them the courage they need to keep our country safe. 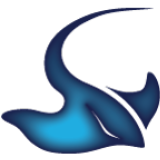